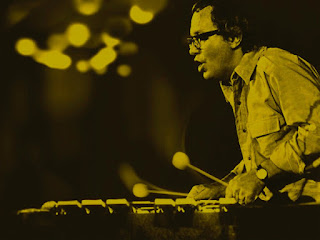 If you're a fan of A Tribe Called Quest, you know this piece so well it hurts. Used as the backing for the introduction to their 1993 album, Midnight Marauders, it's hard to know if I'd feel the same warm way about if I hadn't heard it hundreds of times before. I want to say yes, but it's always a struggle to know for sure when it comes to music you know originally from it's sampled usage. I can say I come across plenty of records that don't hold up to the songs that late reused them.

I really don't listen to much hip-hop anymore, but until the day I die or at least stop being coherent (... assuming I'm still on the right side of that one) I'll never stop being thankful to the crate-diggers of yore that exposed me to a whole worlds of music that I wouldn't get around to truly exploring until decades later.

at January 26, 2019
Email ThisBlogThis!Share to TwitterShare to FacebookShare to Pinterest