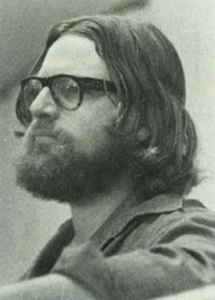 Why even name songs when you can woo me with the list of instrumentation? The version I downloaded also included "and Rain", which made me say "yes, please" to no one in particular when I saw it.

While Craig Kupka's more new age oriented albums, Clouds and Crystal, are on Spotify, the album this is from, Modern Dance Techinque Environments is, sadly, not. They're all good listens, but this one has the best spiral, so much so that if you told me it was from a hypnosis record, I'd believe you.

Both unrushed and well paced, the track is constantly building variations just when you would want it to. And did I mention that great combination of instruments? Cause it's truly something special.

at April 14, 2018 No comments:
Email ThisBlogThis!Share to TwitterShare to FacebookShare to Pinterest
Labels: not on spotify 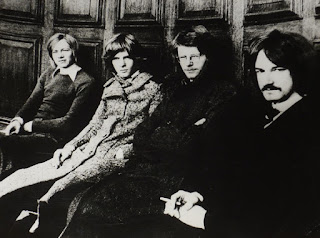 A proper vintage psychedelic ballad with cymbal swells and strawberry mellotrons doesn't necessarily have to do much too get my attention. Here we have a song that went unreleased in its day, but was dug out in 1991 to glide out into a very different world than it had been born in.

The thing that amazes me about psych-pop is how it presents such a transportive experience in such a small capsule. Staying true to its pop side, there's no time to waste in getting you hooked in to a pleasant melody. Staying true to its psych side, the perspective feels warped and the sounds may as well be a dream. Glad someone finally found it.

at April 13, 2018 No comments:
Email ThisBlogThis!Share to TwitterShare to FacebookShare to Pinterest
Labels: not on spotify 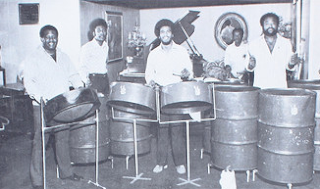 Came across this one in a record store, and haven't managed to find out much about it yet, but melodic steel drums mixed with furious funk drums are always gonna be a winner in my book. Some instruments just speak to you, and the way steel drums always seem to ring out with their unique sense of vitality makes them hard to let pass. Pair them up with another delightful element like they are with that kit drummer here, and, really, why would you even try to resist.

at April 12, 2018 No comments:
Email ThisBlogThis!Share to TwitterShare to FacebookShare to Pinterest
Labels: not on spotify 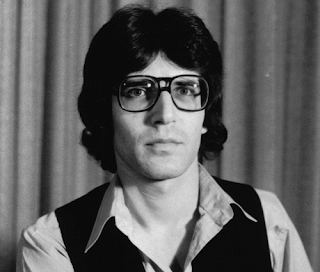 A gentle epic built out of piano and delay. These sort of minimalist/new age pieces, perhaps unsurprisingly, do a lot for me these days. They seem so private, but shared; expansive, but small. Maybe it's just nice to hear percussed strings fractalize all around you.

at April 11, 2018 No comments:
Email ThisBlogThis!Share to TwitterShare to FacebookShare to Pinterest
Labels: not on spotify 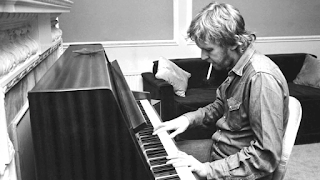 Performed during an LA radio show where Harry Nilsson live demoed some of the tunes he was working on for his upcoming album/animated film The Point, this is definitely my favorite version of the song. For my taste, the official version got a little over-produced for the simplicity of the song itself, whereas, here, we get Harry solo at the piano, which is always going to be tough to beat.

One of Harry's great skills was his ability to harmonize, as his incredible adeptness at overdubbing on his albums makes crystal clear, but here, with no multi-tracking to play with, you can still feel his harmonic sense in the way that he truly sings with his piano rather than on top of it. It's a subtle thing, but the loveliest things often are.

As a bonus, there are some other great song performances here as well as prescient warning about simplistic demagogue TV politicians from the host, Skip Weshner, at 58:38.

at April 10, 2018 No comments:
Email ThisBlogThis!Share to TwitterShare to FacebookShare to Pinterest
Labels: not on spotify 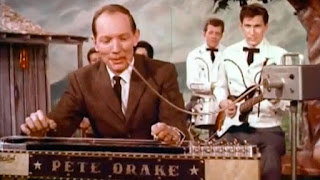 There are a ton of great versions of this Johnny Mercer song from 1944, the Pied Pipers original, Roy Orbison, Santo & Johnny, Little Stevie Wonder ... it's a good song. This run through of it comes courtesy of one of my personal favorites, Pete Drake, the man who hooked up a talk box to his pedal steel guitar and made some magic.

The combination of the saccharin Nashville choral vocals & strings with Pete's otherworldly distorted tones, all on top of a slow country swing, adds up to what may as well be a transmission from another timeline, perfectly fitting the song.

It's funny, on my iTunes playlist of things I might want to post on here, this is followed up by Frank Ocean's recent "Moon River" cover, which also happens to be a song by Johnny Mercer (co-written with Henry Mancini), which kicks off with what I think is a vocoder vocal. The lifelong through lines of taste are always sneaking up on me.

at April 09, 2018 No comments:
Email ThisBlogThis!Share to TwitterShare to FacebookShare to Pinterest
Labels: not on spotify 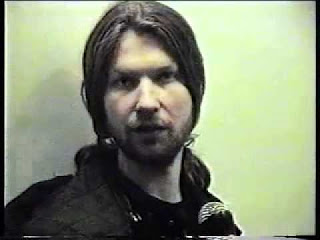 I remember hearing that Selected Ambient Works Volume II was a lesser album for Aphex Twin, but I was just beginning my dive into the world of electronic music and I picked it up anyway at Volume, the local used CD store in Virginia Beach. Inside that CD, I found none of the frenetic digital programming that had made me take wide-eyed notice of Richard D. James in the first place, and I imagine that's what turned a lot of people off. I loved it though.

SAWII, as it's shorthandedly known, took more influence from Brian Eno's work with tape delay, such as Discreet Music, which I wouldn't come across for another decade or so. As an album, it sways between lush, loving pieces and those that dwell in a feeling of unsettling spook. I tended to go through the forgotten routine of programming my CD player to skip the one's that brought unease.

Looking back, it makes sense that it's probably my second favorite of his albums (all praise to ...I Care Because You Do), as it was my first glimpse of the world of the genre's of ambient & new age that I've grown a strong appreciation for over the years. It's also an album of songs that take their inspiration from photographs, which is a commonality shared with the previously discussed Arthur Russell's "Instrumentals" and definitely makes me curious to find other albums that employ the process.

I say all that to get to the point that this track was not on the double CD album of SAWII that I bought and played over and over, it was, unbeknownst to me, only on the LP release, so I only found out about it last year when it was included on the digital re-release. Hearing it for the first time, I was floored. It fit in so well to the collection and stands out as one of the best pieces from the project. It's such a lovely meditation that I think I'll stop waxing nostalgic and just give it another listen.

at April 08, 2018 No comments:
Email ThisBlogThis!Share to TwitterShare to FacebookShare to Pinterest
Labels: not on spotify
Newer Posts Older Posts Home
Subscribe to: Posts (Atom)