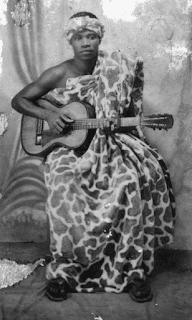 I'm not sure when this was actually recorded. The cover of the Vintage Palmwine compilation says that all the songs were recorded at Bokoor Studios in Ghana, which opened in 1982, and Kwaa Mensah died in 1991 at age 71, so presumably somewhere in there? But also the song appears to have received covers from other artists in the late 70's, so it's unclear to me when it's actually from.

Regardless, I love getting caught up in Kwaa Mensah's deeply felt eddy of percussive blues. I believe the title is a slang term for "corruption", which illustrates the stark emotional wages paid by the citizenry when they are let down by those who hold power. Disappointment in one's society get be just as crushing as any heartbreak, and Mensah makes that abundantly clear.

at April 07, 2018 No comments:
Email ThisBlogThis!Share to TwitterShare to FacebookShare to Pinterest 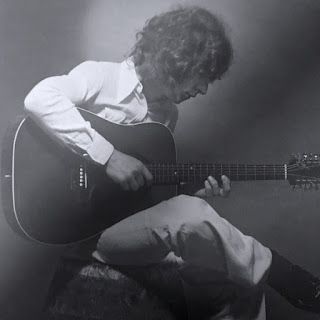 A little piece of soulful space-rock composed to sit nicely next to Pink Floyd on the soundtrack to a surf movie called "Crystal Voyager", but it could sit just as nicely next to some Galt MacDermot. The electric piano has been doing a lot for me lately, and this is just the kind of track that makes me want to dig up every last discarded artifact of underground and outsider culture and see what's inside.

at April 06, 2018 No comments:
Email ThisBlogThis!Share to TwitterShare to FacebookShare to Pinterest 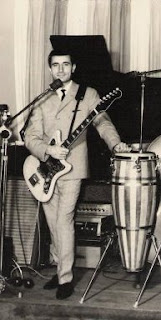 Combing through the collection, looking for something interesting to post, I found this record of Anatolian Funk (ie Turkish Funk) but didn't remember what had led me to it initially (though it could have just been the amazing cover). 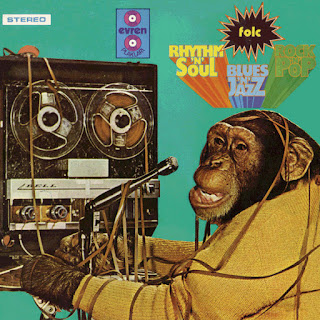 As soon as I threw this track on though, I thought, "Oh, this is the sample source for the bass line ing Jurassic 5's 'A Day At The Races' and I must've tracked it down during my sample-hounding days."

But the weird thing is, that while it REALLY sounds like it is the source ... it's not. "A Day At The Races" samples David Axelrod's "Urizen". So I guess it was just that wild ass album cover after all. Anyway, this album is full of excellent funk instrumentals and however I ended up with it, I'm happy to have it.

at April 05, 2018 No comments:
Email ThisBlogThis!Share to TwitterShare to FacebookShare to Pinterest 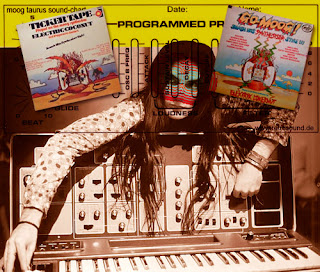 So ... I've gotten kind of into obscure Moog cover albums recently. The Moog synthesizer lended this goofy, chunky charm to the world of futuristic sounds, and there's something about that view of the world to come that I find endearing. Over the course of my life, I've oscillated between being hopeful for the future and worried for it, and we're certainly at one of those times where I'm more worried for it, so these Moog records are a little bit of a break from that.

Well, that's the self-analysis on it. The facts about the track are that you've got a cover of a T. Rex classic that's here to have fun, put together by a pair of guys for the always out for a quick buck Music For Pleasure label. I'm not mad at Music For Pleasure at all; more fascinated by what other fun oddities might be sitting in their discography. Oh, but that's a rabbit hole for another day.

at April 04, 2018 No comments:
Email ThisBlogThis!Share to TwitterShare to FacebookShare to Pinterest
Labels: not on spotify 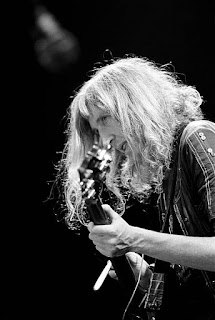 This is one of the albums I found by coming up with the sound I wanted to hear and worked backwards to find an album that did it. I wanted to hear psychedelic effects laden punk and figured that there must have been a prog-rock band from the 70's that tried their hand at punk and made just what I was looking for.

Well, in 1977, Daevid Allen of mystical prog-rock icons Gong, formed an offshoot of the group with members of Here and Now and created this one-off live recording that runs on a punk energy but processes it all through a prog-ish predilection for tangents and phasers. It's the sort of thing that was fairly antithetical to the world of punk, so you wouldn't get it from groups out of that scene (though nothing would make me happier than to be proven wrong via a new group to check out), but lucky for us, a few old proggers tried to get hip. I love it when older musicians try to get hip cause every now and then they make something that goes beyond and fuse otherwise disparate worlds.

at April 03, 2018 No comments:
Email ThisBlogThis!Share to TwitterShare to FacebookShare to Pinterest 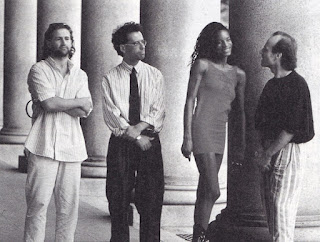 Black Box was a 90's Italian house act best remembered for their work with Martha Wash on the iconic piano-house singles "I Don't Know Anybody Else" and "Everybody, Everybody", but here they stretch out into more of an ambient wash that comes suspiciously close to presaging the synth whistle of the X-Files theme song in my book (add in the connection that "Dreamland" is a nickname for Area 51, and I'm ready to go to court with fifty bags full of letters to Santa).

Anyway, while it has the feel of an interlude, I always end up playing it a few times in a row when it comes on as it so well taps into that 80's-90's synthetically cosmic soundscape that I grew up swimming in.

*The woman in this shot was not in the group, but, controversially and, to me, very shittily, the men in the group hired her to lip-sync Martha Wash's vocals in music videos and pose for photos on the group's release artwork. I believe everyone ended up well compensated, but it still rubs me the wrong way, though less so than the 60's track I was originally going to post today that I realized at the last minute was essentially a story of repeated harassment followed by a kiss of unclear consent. Yuck.

at April 02, 2018 No comments:
Email ThisBlogThis!Share to TwitterShare to FacebookShare to Pinterest 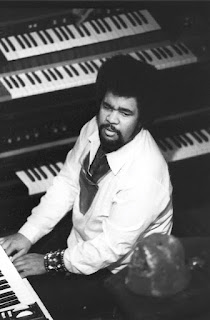 *Originally posted an edit I'd made, but re-listening to the original track made me wonder why I'd made the edit in the first place, so I'm switching out for the original.

It's really an experience to watch this wave of keyboards rise higher and higher, threatening to crash down, and at the last moment turning out to be a passing daydream. This year in George Duke's discography, essentially his albums Feel & Faces in Reflection, should be a prime study for fans of Thundercat & Flying Loutus, as I'm not sure I've heard anyone who influenced their sound aesthetic more.