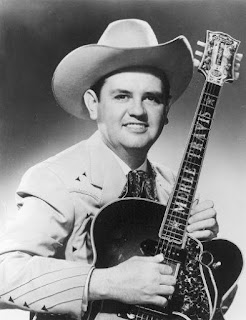 While it later became a staple of the 1960's folk revival, "Dark as a Dungeon" was not originally a hit on the level of his own "Sixteen Tons", gaining most of it's notoriety for it's inclusion on Johnny Cash's At Folsom Prison. But where Cash's version booms with the affection of someone still in the grips of addiction, which makes sense as he was just coming out of a battle with his own drug dependency, Travis sings from the pained perspective of someone on the outside, whose affection is for the people harmed and the dangers they endure. They're both certainly worthwhile, but for where I am, Merle's hits me hardest.

at February 02, 2019 No comments:
Email ThisBlogThis!Share to TwitterShare to FacebookShare to Pinterest 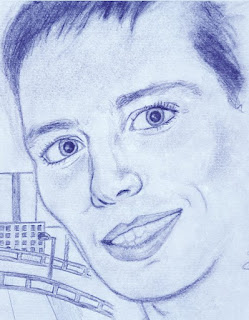 From Chuck Senrick's 1976 private press album, Dreamin', I've always thought this song was about Duke Ellington, who had died two years earlier. It's not, which makes more sense -- though on outsider private press albums like this, what makes more sense isn't always what you get. The song is about his dog, which is clear (and heartbreaking) during the fade out when he whistles to it, "here Duke, c'mon boy".

I've always loved homespun records and demos. The intimacy of being in someone's personal space and being granted to the raw, untinkered songs inside. To have all this on a song about feeling alone, backed by a rhythm box beat ... count me in.

at February 01, 2019 No comments:
Email ThisBlogThis!Share to TwitterShare to FacebookShare to Pinterest 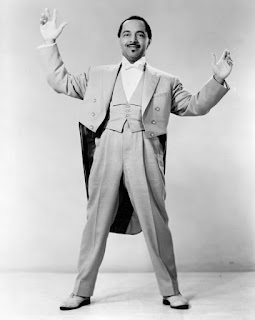 I don't know what you call this. Is this a mambo? Perez Prado is certainly the "King of the Mambo", but it's pretty out there mambo-wise. But then again, who says a mambo can't be out there? Maybe this is Leftfield Mambo -- Haunted Mambo -- Vintage Nu Mambo.

at January 31, 2019 No comments:
Email ThisBlogThis!Share to TwitterShare to FacebookShare to Pinterest 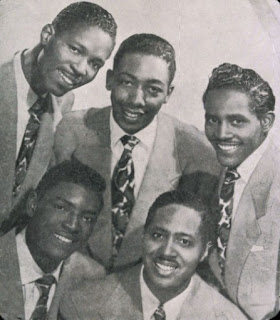 Doo-wop has become one of my favorite genre's to explore. It's like a concentrated from of the most soulful vocal jazz, and was perfectly suited to the technological limits of it's recording era, filling the mono sound spectrum with vibrating harmonies.

This is one of those tracks we're lucky to have, and almost didn't. After sitting in with other members of the later-to-be group a few times, lead singer, Gene Mumford, was arrested for a crime he didn't commit and sent to prison. At the dogged urging of his father, the case was re-examined, and evidence was discovered eliminating him as a suspect. He was pardoned and released after serving two years, picked up with the group, and went on to record several classics.

at January 30, 2019 No comments:
Email ThisBlogThis!Share to TwitterShare to FacebookShare to Pinterest
Labels: not on spotify 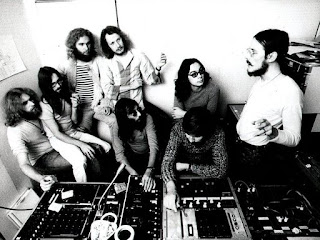 Rejected by their label, Virgin, and unreleased until fifteen years after its recording, "Das Meer" is one of the most peaceful tracks the experimental German group, Faust put out. The title translate to "the ocean", and the sounds that follow it fit it to a T, capturing its unique feel of unsettled fluidity. The sea isn't just expansive, it's listless and random. To be on it is to be tossed about without ever landing. You can learn a lot about the world by listening to music.

at January 29, 2019 No comments:
Email ThisBlogThis!Share to TwitterShare to FacebookShare to Pinterest
Labels: not on spotify 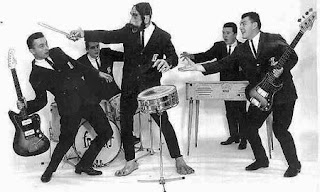 This is exactly the sort of thing I find interesting about doing this blog. When I started writing this post, I was planning to do a 1964 song by The Ventures called "The Fourth Dimension", but while researching, I noticed that none of the composers for the song were in the band. After a quick search, I found that their song was an instrumental cover of one from 1960 by fellow Washingtonians, The Frantics, called "Werewolf".

That song, a hit that went to #83 on the Billboard charts, featured a spoken intro over the music about werewolves along with some growls, which the Ventures had abandoned. While I enjoy werewolf talk as much as the next person, I was still leaning towards the Ventures version. Then I noticed that on the original single the B-side was a track called "No Werewolf", which, true to title, is the same song just without the werewolf stuff.

A couple minutes deeper into my little journey of learning, and I found that the writers of the song were also not in The Frantics (and to be honest I'm not entirely sure who they were) and that The Frantics went on to morph into the seminal San Francisco group, Moby Grape, whose song "I Am Not Willing" I absolutely adore.

So, yeah. Ideal little info exploration for me :)

at January 28, 2019 No comments:
Email ThisBlogThis!Share to TwitterShare to FacebookShare to Pinterest 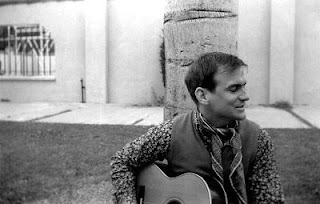 A poet living on the streets of 1967 Los Angeles, Arthur Lee Harper was signed to Lee Hazlewood's LHI label where he was packaged as a bit of a Donovan clone. With the lightest orchestral touches arranged by Wrecking Crew pianist, Don Randi, "Blue Museum" feels almost too fragile -- as if even turning up the volume could someone shatter the sound.

Sometimes a person can be so delicate that, even if you don't know what they're going through, you feel an intimacy with them simply because their presence before you seems fraught with risk. Arthur seems to have been one of those people.