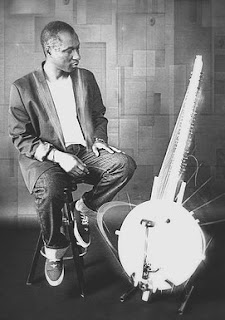 It's so easy for me to fall into a hypnotic state to this one, as I just did, coming to only to find a map of Ivory Coast on my screen and a bunch of half-baked ideas for a trip to Africa in my head. Comprised of only a few instruments, Djeli Moussa's Kora along with a balafon, and two guitars, the traditional music still manages to fully encompass you. It's rare to feel as surrounded in light as I do when I listen to this song, and the album on which it appears (sometimes referred to as Yasmika). The constant simmer of the music and voices gives me a sense of propelling up into a sun lit sky, corkscrewing all the way.

at February 08, 2019 No comments:
Email ThisBlogThis!Share to TwitterShare to FacebookShare to Pinterest 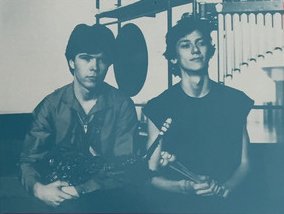 A French saxophone & percussion duo that I'm not truly sure how I stumbled upon, but I very well may have just been looking for records with both vibraphones and saxophones -- that is a thing that I recall doing -- Noco Music tap into a wonderfully breezy sensibility.

I haven't found much info about the group, so I will talk about the song's subject matter, eclipses. Total eclipses are wonderful and you should do whatever you can to see one within the totality zone. I have seen one and it was among the most beautiful and amazing things I've ever witnessed. Everyone else I've talked to who has seen one from the totality seems to feel the same way. In conclusion, you should try to see a total eclipse form within the totality zone.

at February 08, 2019 No comments:
Email ThisBlogThis!Share to TwitterShare to FacebookShare to Pinterest
Labels: not on spotify 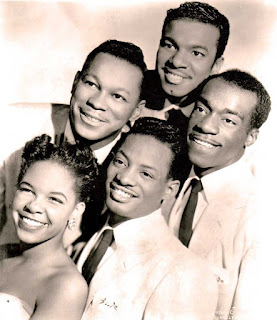 I love the way doo-wop songs just grab your attention immediately with these incredible intros built to cut through the airwaves of their radio heyday to standout. This one is just another perfect example. To be honest, the song that follows is solid, but that intro ... loop it up and lock me in a listening room.

A note that I, and possibly I alone, find interesting: While the song has been featured in a few soundtracks over the years, its placement in David Lynch's "Twin Peaks: The Return" stands out to me. Partially, because I was obsessed with that show, but also because of in the depths of my research of understanding every facet of each episode, I learned that one of the singers in The Platters was also named David Lynch. In conclusion, David Lynch is weird and so I am and, y'know what, if you're reading this, you are too. Earth: A Big Bunch of Weirdos.

at February 06, 2019 No comments:
Email ThisBlogThis!Share to TwitterShare to FacebookShare to Pinterest 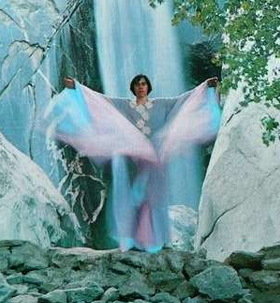 Well, this album turned out to have a story. What does J.K. stand for? Well, J.K. stands for Jay Kaye, an, at the time, 15 year old Las Vegas teen from a musical family (his uncle was a famous ukulele player named Johnny Ukulele ... I told you there was a story). After his mother, a world renowned Las Vegas guitarist and singer who is credited with starting the Las Vegas "lounge act" phenomenon, turned down an opportunity to record an album in Vancouver during a stop there, her son jumped at the offer and demoed his songs.

The studio head liked what they heard and so Mary left her 15 year old son there, where, from what I've read, it appears he did a bunch of LSD and put together this one-off album with the help of a teenaged arranger and a studio band called Mother Tuckers Yellow Duck. Then ... yes there's a then ... they took the album to Los Angeles, walked into the offices of White Whale (an independent label best known for The Turtles) who loved what they heard and put it out.

But ... the album, with this psychedelic dirge as it's single, bombed, and J.K. and the band of teenagers he'd put together to promote the album, were all too young to play the clubs, so they got no traction in the scene and went their own ways having blown all the money on the instruments for their band. And that's the story! I think my favorite part is still "Johnny Ukulele".

at February 06, 2019 No comments:
Email ThisBlogThis!Share to TwitterShare to FacebookShare to Pinterest 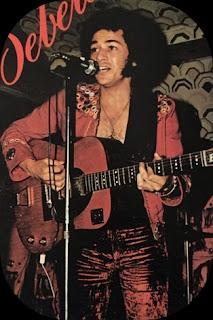 It's harder for me to write about a fun song like this. Like, it's just a very fun song to listen to. I do not know what it's about. The little info I've found about Bebeto comes from Google translations of a Portuguese Wikipedia article, and that info, is not particularly interesting. But here's what I will say, this is a very fun song to listen to -- oh, did I already say that? Damn.

at February 04, 2019 No comments:
Email ThisBlogThis!Share to TwitterShare to FacebookShare to Pinterest 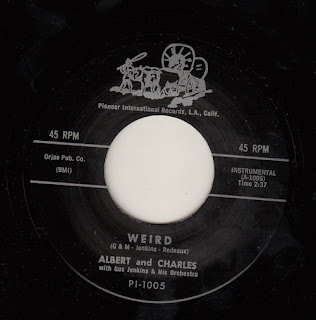 This is apparently the only single Albert and Charles released. From what little info I could find, they seem to have been a pair of homeless twins that the head of the label, Gus Jenkins, overheard playing while stopped at a traffic light and investigated. He pressed 50 copies of the record, and somehow, despite all impracticality, here you are giving it a listen. What a world!