Was originally too busy to write much the day I posted this song because I was putting on a show with my old sketch comedy group, Olde English, at San Francisco Sketchfest. But I got to come out to this track during the intro to the show and dance around on stage and I had a blast doing it.

at January 13, 2018 No comments:
Email ThisBlogThis!Share to TwitterShare to FacebookShare to Pinterest 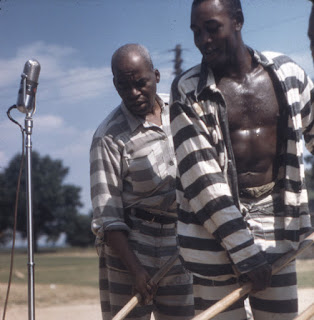 Field recordings are always a different kind of listen. It's music as document and document as music. Where songs often live in an abstracted space of sound and emotion, field recordings exist in a specific place at a specific time. There's a gravity in them that won't let you float off into harmony and rhythm.

Alan Lomax's recordings of work songs from the Mississippi State Penitentiary stand out among the genre as some of the most painful and captivating. Made at the prison's Parchman Farm, which operated essentially as a continuation of slave labor, the music here isn't simply a means to artistic satisfaction or the entertainment of an audience, but rather a temporary salvation from constant suffering.

This is music where the percussion of axes hitting against wood isn't just a rhythmic element for its own sake, but rather the whole reason the men are there singing at all. They build their songs around it to survive the pain it brings them. It makes me feel guilty to have access to someone else's misery, but it would also makes me feel naive to ignore it.

at January 12, 2018 No comments:
Email ThisBlogThis!Share to TwitterShare to FacebookShare to Pinterest 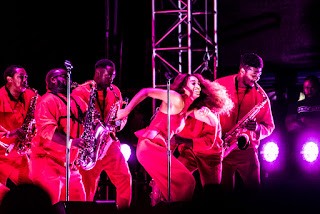 I didn't have Solange on my radar until her incredible 2016 album, A Seat At The Table, knocked me straight on my ass with its ambitious vision and perfect execution, which means that I missed her 2012 EP, True on initial release. Thankfully, her FYF Fest this past year included this fantastic track that had me digging into her back catalog as soon as I got home.

Touching on the same synth R&B ballad sweet spot that Alicia Keys did with 2009's "Try Sleeping With A Broken Heart", "Losing You" strikes an impressive balance between pain and progress. The ranks of my favorite songs are filled with those that don't let limit themselves to expressing a singular emotion and instead explore the mess of feelings that a specific moment can bring, which is something I'm only now starting to realize since I started this blog :)

at January 11, 2018 No comments:
Email ThisBlogThis!Share to TwitterShare to FacebookShare to Pinterest 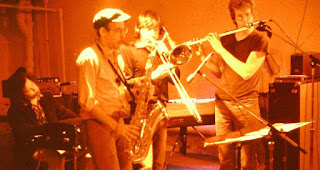 It's not surprising that James Murphy & Pat Mahoney of LCD Soundsystem used the two halves of this track to bookend their Fabriclive mix as there's rarely a moment where Murphy's vocals wouldn't slot in perfectly. The song is filled with big city dreams; that feeling when you climb out from the subway underground, only to see the skyscrapers rising high above you. There was never enough disco rock, so for me, things like this are always an exciting find.

at January 10, 2018 No comments:
Email ThisBlogThis!Share to TwitterShare to FacebookShare to Pinterest 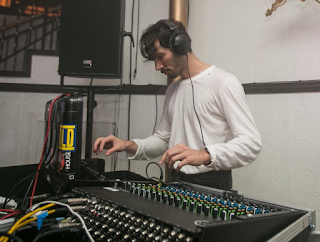 Lorenzo Senni's work puts me right on the edge of sanity, capturing that feeling of staying up so late into a new day that my mind starts to skip. Razor sharp sound design married with jittering melodies and an obsessively looping rhythm keeps me riiiight on the safe side of a panic attack where I'm able to see the beauty in it without succumbing to its power. Tension is so often the hallmark of a darker sort of music, but here is one of the best artists to ever work in that feeling, and he's using the brightest neon lights to achieve it.

at January 09, 2018 No comments:
Email ThisBlogThis!Share to TwitterShare to FacebookShare to Pinterest 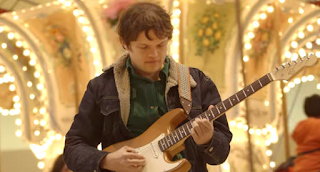 I'm sorry, but finding an Americana-twanged cover of a Krautrock classic from the seventies is one of those things that make me wonder if I'm living in a dream of my own creation. That it absolutely burns is just the bonus on the bonus. Guitar wiz William Tyler takes the autobahn energy of Michael Rother's original and brilliantly sets it on the open highways of the American West. What had been born out of a collaboration between Neu's guitarist & Can's drummer gains a second life in Tyler's hands, and we're all the beneficiaries.

at January 08, 2018 No comments:
Email ThisBlogThis!Share to TwitterShare to FacebookShare to Pinterest 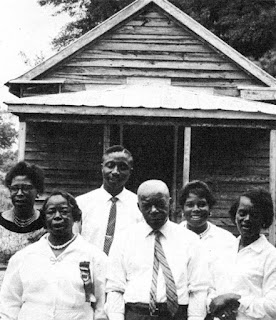 Human beings make for amazing instruments. Here, Benjamin Bligen (3rd from left in the picture) leads his fellow Moving Hall Star Singers through a burning gospel chant. The small group from Johns Island, South Carolina (just south of Charleston) use their voices to raise a mountain out of pained devotion, with their handclaps providing an organic percussion that gains beauty from its natural imperfections.

It's the easiest thing in the world for people to get stuck in themselves, and perhaps that's what makes full-bodied worship so entrancing; we know how much we have to let go of to reach that freedom and magic of transcendence.