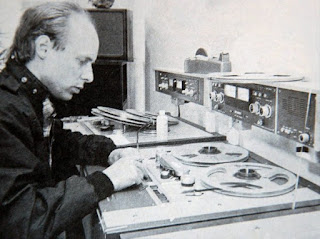 This song and I both came into the world in 1983, and while I think a lot of people of my generation know this one from it's usage in the film, Trainspotting, I'm still not sure I've seen that movie. Do they steal dogs in Trainspotting? I definitely saw a movie about heroin addicts who stole dogs. Instead, I had to fumble around the world for an extra decade or so until I came across the soul-cleansing gem on Brian Eno's Apollo album of music for the score to a NASA documentary.

If you ever get a chance to see the band Slowdive, an added bonus to the already great deal of getting to see Slowdive is that they open their shows by playing this track over the speakers as they walk out. Or at least they did when I saw them. Sometimes it pays to listen to quiet songs very very loud.

at January 25, 2019
Email ThisBlogThis!Share to TwitterShare to FacebookShare to Pinterest