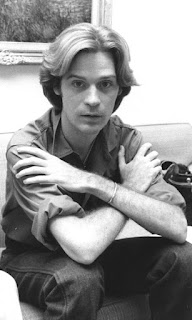 Backed by Robert Fripp's ethereal electric sustains and tape delays, Daryl Hall lands closer to the most meditative Pink Floyd than he does to his work in Hall & Oates. Originally recorded in 1977, the album this is sourced from languished in the record label's vault for three years until Hall started passing tapes around and organized a letter writing campaign to get it released. There's a lot of beauty sitting on shelves and buried in bins, just waiting for us.

at March 10, 2018
Email ThisBlogThis!Share to TwitterShare to FacebookShare to Pinterest