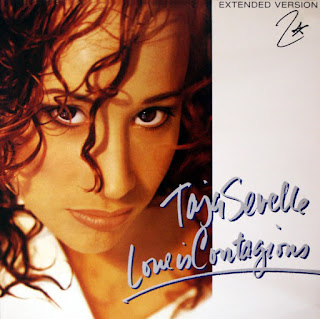 There are few faster ways to my heart than a big, bubbly bassline, the dumber the better, and this one is a beautiful fool. Functionally, adding a bit of goofiness to the groove of a track serves as an excellent icebreaker. It's hard to stand against the wall, arms crossed, when a song has already told you that it will be bouncing around like an idiot for the next several minutes without an ounce of judgement in its body.

Where the original was a breezy ballad of 80's soul, Ben Liebrand transforms it into a sun-kissed floor-filler without ever leaving the fingerprints of his tinkering. It's hard to believe this version was an afterthought and that's much to his credit.

*Starts a bit into the song so you don't get bored with the drum intro for the DJs
at January 05, 2018
Email ThisBlogThis!Share to TwitterShare to FacebookShare to Pinterest
Labels: not on spotify